I’m beyond excited to show you the beautiful cover for Sworn To Transfer, give you your first peek at the blurb (if you haven’t already checked it out on Goodreads), introduce my new giveaway and let you know about my new Twitter account!

SWORN TO TRANSFER is the second installment in my new series about Ciardis Weathervane and her adventures as a court companion. I *love* my amazing  new cover because with one look the reader is drawn into the magic, pageantry and romance of the Courtlight series.  I want to give huge kudos to my cover designer, the awesomely talented Kalen O’Donnell, who has brought my vision of the Courtlight series to life.

And what girl wouldn’t want a *gorgeous* gown on the cover?!

Eighteen-year-old companion trainee Ciardis Weathervane has won the friendship of the royal heir and saved his claim to the throne. Yet her interference in the inheritance rights leaves more harm done than good. With the death of the Princess Heir, the Ameles forest – the home of the kith, is dying.

The inhabitants of the forest, magic-wielding non-humans, are defiant. They have not forgotten their long struggles nor are they content to watch as the last of their lands perish. As humans begin to die in gruesome deaths, the Emperor dispatches the royal heir to the forests with the solution to the kith concerns.

With enemies closing ranks in Sandrin, Ciardis can little afford to leave the city’s nest of vipers to take on a new task. But she’s given no choice when her loyalty to the crown and courts are called into question.

To keep the Companions’ Guild happy and the favor of the Imperial Court, Ciardis will be tested in frightening new ways, especially when she’s faced with an obstacle that could risk the lives of her friends and the family she never thought she had.

This second novel continues the story of Ciardis Weathervane from Sworn To Raise.

Are you guys ready to see the cover of SWORN TO TRANSFER? Drum roll please!

In addition, what would a cover reveal be without a GIVEAWAY?

That’s right two print copies of Sworn to Transfer are now up for grabs!

And last but not least I’m now on Twitter @TEdunWrites! I don’t auto-follow but I do respond to all mentions. Looking forward to having some great conversations and answering tons of questions so fire away. 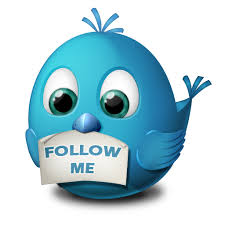