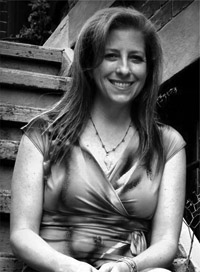 Laura A. H. Elliott, best selling author, loves writing about enchanted road trips, shadow worlds, and alien romance while eating lots of popcorn. She lives in a tree house on the central California coast. After twenty-plus years as a freelance graphic designer/animator with clients including E! Entertainment Television and The Los Angeles Times, she crossed over into the world of publishing non-fiction and followed her heart to the world of fiction. She is the author of the paranormal romance Shadow Series (also available in audiobook format), the sci-fi romance Starjump series, and stand alone literary romance novel Winnemucca, a small-town fairy tale. Her latest release is Shadow Slayer, book 2 of the Shadow Series. Moon Killers, book 3 is due out this spring. She’s also due to release her first adult title later this year. She’s happy to have been included in the new adult anthology Midnight Surrender.
Blog
Amazon
Twitter
Goodreads
Facebook
Pinterest 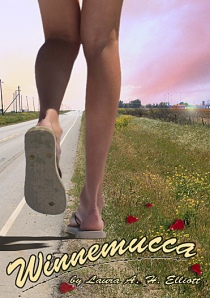 When fear’s as blind as love, how far would you go to find your own happily ever after? One mistake will change Ginny’s life forever. One answer will set her free. Once upon a time Ginny’s road blood ripened, the day she got wise to love. Engaged to the high school quarterback, his quarter-carat ring and enchanting smile should have been enough for her. But, she stands him up and takes a walk where every step questions her happily ever after gone-bad and the fate of the mother she never knew. The mother her father refuses to talk about. Ginny fights to untangle her big, fat, lie-of-a-life on an enchanted road trip to Winnemucca, where she believes all her answers lie. To solve the riddle of her past, she must outrun everyone who wants a piece of her future–including a man determined to see she never has one. 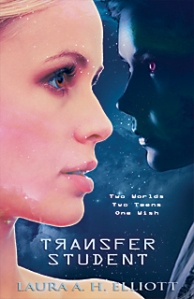 Two Worlds–Two Teens–One Wish
Rhoe and Ashley would never be friends.
Even if they lived on the same planet.
But, they’ll become so much more.
They’ll transfer.
Earthling Ashley’s world revolves around winning daily popularity contests at Beverly Hills High School and surfing competitions with sweet scholarship prizes that will finally help her break free of her control-freak mother. Meanwhile on planet Retha, Rhoe misses his dad, loves his mom’s home-cooked Glechy crag with a side of ory sauce, is desperate to heal his sick brother and wants more than anything to win The Retha New Invention Competition. But Rhoe’s invention teleports him across the universe with an unintended side effect, Ashley and Rhoe transfer. They swap lives when they make the same wish at the same time.
Popular-surfer-turned-boy-geek alien Ashley must handle life on Retha as Rhoe complete with webbed feet, low-gravity, and an obsession with Yuke, all the while being hunted by Rethan spies and resenting her hairy, flat chest. Boy-geek-turned-popular-surfer Rhoe must fit in at Beverly Hills High School as Ashley, compete in The Laguna Beach Invitational without becoming shark food, dodge boys’ affections, cool his preoccupation with Tiffany and his new body, and find the healing rocks he believes will save his brother’s life.
If only it were that simple. Some wishes can’t come true. Some have to.
(THIS ENHANCED EBOOK CONTAINS LINKS TO THE MUSIC, STORIES, PHOTOS & VIDEOS THAT INSPIRED THE STORY.) 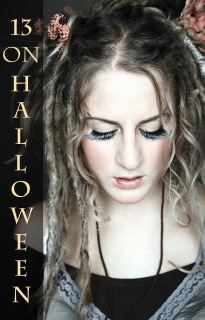 Roxie has the best night of her life until the popular kids decide they want to celebrate her birthday in a way Roxie never expects––in her attic, with a gift that’s out of this world, and a pact to never tell a living soul what happens next.
Twelve-year-old Roxie wants to be like Adrianne, the popular girl who gets everything she wants––a flock to prowl around the mall with; invitations to parties; and for Hayden, the cutest guy in the eighth grade to, you know, notice her. When Roxie invites all the eighth grade peacocks (code word : popular kids) to her first ever thirteenth birthday party on Halloween, they all come and give her a gift that’s literally out of this world. Roxie astral projects to Planet Popular where she becomes seventeen instantly and gets everything she’s always wanted, but nothing is as it seems. Being a high school peacock is complicated and Roxie will risk everything to be who she thinks she wants to be. Oh yeah, there’s Prom, doppelgangers, a mysterious map, and lots of bad peacocks too.
BONUS EXCERPT! Two Chapters of Shadow Slayer, Book 2 in The Shadow Series
13 on Halloween, (Shadow Series #1) is now available as an audiobook on iTunes, Audible or Amazon.
Shadow Slayer (Shadow Series #2) (YA paranormal romance) 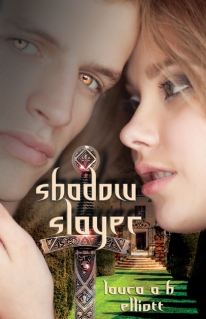 Shadows will do anything to become human. You see their influence everyday. You say things you don’t mean or do things that aren’t like you. You look, different. Friends you’ve known forever suddenly never call.
As a freshman, Roxie just wants to fit in which is impossible because she barely runs into her friends at her huge high school. Adrianne’s disappearance and Hayden’s attention rock Roxie’s world. But nothing rocks it like the most gorgeous guy at school, Drew. And nothing is more important to Roxie than astral projecting back to Planet Popular to solve the mystery of the map. But that changes when Drew invites Roxie to homecoming. Hayden warns her that something’s wrong. Why would a guy like Drew like Roxie anyway? Drew must want something. Hayden’s right. Drew is…different. Planet Popular was just the beginning. Part of a bigger world, the Shadow World. There’s a war brewing between the world of humans and the world of shadows. When the shadow invasion begins at Roxie’s high school, she’ll not only fight for her life but the lives of her family and friends, when she discovers she’s the Shadow Slayer, the one human who can save Earth from the shadow onslaught. But, Roxie can’t even kill a spider. Oh yeah, there’s an evil English teacher, an enchanted play, a sword of Sandonian steel, a homecoming of horrors, and seven magic words too. Audible (Audiobook) |iTunes